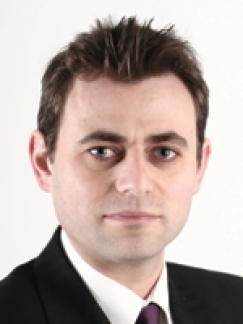 By Max Rubin and Julie Blackbeard

In 1993 a small delegation from St Petersburg travelled to the Swiss-based Nycomed Group headquarters to discuss the possibilities of inward investments in Russia. Amongst the delegates was a highly ambitious, but little known aide called Vladimir Putin. How much impact the delegation had is unclear, but Nycomed did establish a presence in Russia that same year, going from strength to strength in the region until, in 2009, it finally committed a $97m investment in a local manufacturing plant. For Nycomed the investment in Russia resulted in total sales in region of €640m in 2010. For Putin it had even larger implications - the success of Nycomed proved he was on to a winning strategy.

Russia has come a long way since 1993. Putin no longer needs to go in search of investments - these days the giants of the pharmaceutical industry are queuing up to be best friends.

So what has changed? After a decade of political and economic unrest the country started to stabilise. As the ever ambitious Putin began his own journey up the political ladder, so did the country for the first time see true economic growth across all major sectors, including healthcare. Today the Russian pharmaceutical market is one of the largest and fastest growing markets in the world, worth over $29bn in 2012, with an annual growth rate of over 10 per cent in the past several years.

This impressive growth is taking place despite Putin being tight on healthcare contributions - Russia has one of the smallest per capita pharmaceutical spending, comparable to Romania. The market growth within pharmaceuticals is explained by the sheer size of the Russian population, over 143 million people, with increasing health awareness and expanding disposable incomes. With nearly 60 per cent of all prescription medicines being paid for directly by patients, the out-of-pocket drugs segment is the largest market segment in Russia, valued at $17.3bn in 2012.

In the same year, a staggering 76 per cent of total pharmaceutical sales came from imported drugs. This in part reflects how imports enjoy preferential uptake, driven by a perceived superiority of international companies' offerings in terms of safety and efficacy compared with domestically manufactured products. In terms of government spending, Putin is clearly less inclined to pay a premium price - the Russian hospital drugs segment and the reimbursed drugs segment were worth $5bn and $2.5bn respectively in 2012. However, plans for wider drug reimbursement from 2016 are being discussed, which will increase both the eligible patient base as well as the overall market attractiveness within the public sector in Russia.

The size and growth potential of the Russian pharmaceutical market offer a highly compelling prospect for foreign investors, but it is also a market in which challenges and opportunities are hard to separate. Perhaps as a result of Nycomed's success, Putin is fully aware of the lucrative market his country represents to foreign investors - the question is whether his government initiatives are implemented to fuel further barriers to entry for the international pharmaceutical companies or aid access to this emerging market by at least defining the minimum entry requirements to the golden land?

The challenge of accessing the Russian market

In December 2008 the Russian Ministry of Industry and Trade signed a decree pledging to purchase foreign pharmaceuticals only if they were offered at a 15 per cent discount to existing domestic analogues. Yet less official incentives also existed, where foreign manufacturers were encouraged to establish plants in Russia and in return would receive the same, preferential treatment as Russian firms in terms of pricing. Going local was emerging as an opportunity for getting into the Russian market.

This notion was further emphasised in 2010, when Putin launched the highly aspirational 'Pharma 2020' programme – a plan to overhaul the Russian pharmaceutical market. The programme outlined a radical strategy to develop the country's pharmaceutical industry and diversify the country's economy through the creation of new jobs and reduction of Russia's dependency on imports. One of the main objectives of 'Pharma 2020' is that by 2020, at least half of all drugs, and 90 per cent of all 'vital medicines' sold in Russia will be locally manufactured.

As a result, 2011 saw a record number of applications from foreign companies wanting either to establish their own local manufacturing facilities or partner with regional manufacturers. Nycomed was by now viewed as the pioneer together with other companies such as Solvay/Abbott, who back in the 90s had successfully partnered with the local company Petrovax. In the wake of 'Pharma 2020' there are currently over nine pharmaceutical plants under design or in construction in St. Petersburg alone. With its $500m commitment to Russia, Novartis is investing in a new manufacturing plant intended to manufacture both generic and brand name medicines by 2014. GSK and Pfizer have also recently cemented their local Russian foothold with a joint venture in HIV, and an agreement to establish manufacturing in partnership with the Russian drug maker Binnopharm.

The Russian government is continuing its efforts to boost local manufacturing and as recently as March 2013 has proposed that foreign manufacturers of pharmaceutical products should be excluded from state tenders if at least two domestically produced alternatives were available in the country. The message from Russia is clear - 'going local' is now no longer a plus for market entry – it is a necessity.

Since 1993 Putin has wanted inward investment in Russia and with 'Pharma 2020' he has made this happen. More importantly, Putin has managed to secure a continued stream of knowledge and expertise to the country. With this newfound know-how, Russian pharmaceutical companies are learning not only how to manufacture drugs in line with international standards, but also how to develop innovative medicines.

How to succeed in the Russian market

Russia is a fast-growing, emerging market with strong demand for investment, but the entry ticket to this market is an expensive one. The global pharmaceutical industry appears to have approached Russia with two distinct market strategies:

Pharma companies need to continually assess their market strategy for Russia to ensure alignment between the investment required to satisfy Putin's demand for knowledge and expertise in the short- and/or medium-term with own corporate development goals and capabilities, considering how each of these may change given fluctuations in broader market dynamics. Whichever strategy is chosen for the Russian market, success will rely on companies' ability to accurately predict and react to future market developments. Comprehensive monitoring of the regulatory and competitive environment should be combined with pressure testing the strength of current strategies and assumptions given a variety of market scenarios. In a constantly evolving Russian market this approach will allow foreign investors to consider a range of options to protect and maximise the return of their current, as well as future, investments.