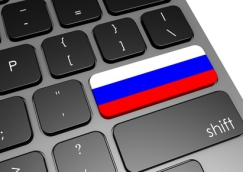 2013 was yet another year of growth for Russian e-commerce, reports Russian market research company DataInsignt. According to their latest study, turnover of Russian online shops increased by 25% comparing to 2012 and ended up at 520 billion Russian rubles (approximately 16.3 billion US dollars). 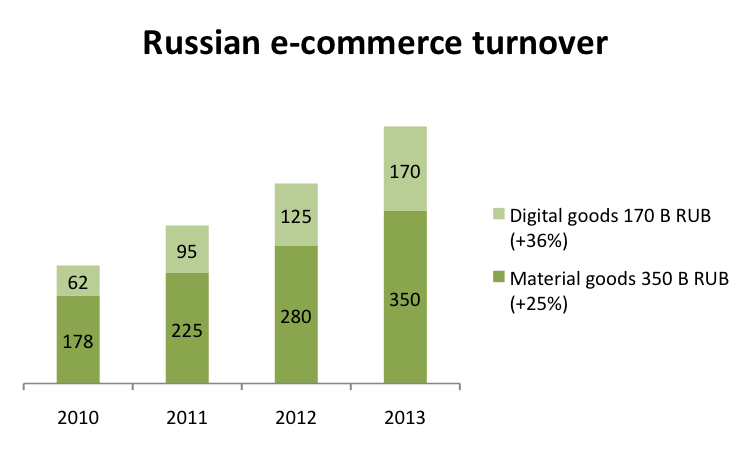 The number of online shoppers in Russia increased by 30% during 2013 reaching 30 million people, and the majority of this growth came from the regions outside the Russian capital. The trend emerged back in 2011, when Russian e-commerce saw explosion of regional shopping, and fuelled by the growth or Internet population and decreasing prices for fast Internet connection across the country continued throughout 2012 and 2013.

The “regional” online population behaves slightly different from that in Moscow. Due to smaller assortment in physical stores in the regions people are more willing to shop online. Average cheque in the regions is however lower as the salary level is lower there than in Moscow.

DataInsight estimates that on top of Russian e-commerce turnover of 520 billion rubles, Russians spend 150 billion rubles on purchases European, American and Chinese online retailers. Hotel booking and travel packages add up another 60 billion to the overall value of the market.

B2B online purchases in online shops are estimated to be nearly 100 billion rubles.