There are a myriad of factors which make Russia a great opportunity for foreign e-commerce business.

Russia is not often mentioned in discussions as a desirable location for international online expansion as it is often seen as a tough nut to crack.

The country remains under-developed in many minds and, with a history of distrusting online payment gateways, Russia’s online retail industry has been significantly held back by fraudulent vendors and activity. With cash on delivery being the preferred and most widely used method of paying for goods in Russia, any online retailer not experienced in dealing with developing markets could find an expansion into the country challenging.

However, Russia’s e-commerce market is estimated to surpass the $32 billion mark by 2015. With an audience keen to buy more foreign and domestic products, the country is expected to see a growing number of users take to the web in the next few years.

As more users and brands engage with the market, consumer confidence is set to skyrocket – helped by the fact that Russia became a member of the world trade organization in 2012. There are a myriad of factors which make Russia a great opportunity for foreign e-commerce business.

An interesting fact of which to take note: Google’s dominance does not extend to Russian. Instead, the homegrown Yandex accounts for the majority of that country’s search traffic, and a whopping 45 percent of the overall online advertising market.

The infographic below offers up some interesting statistics. Highlights: 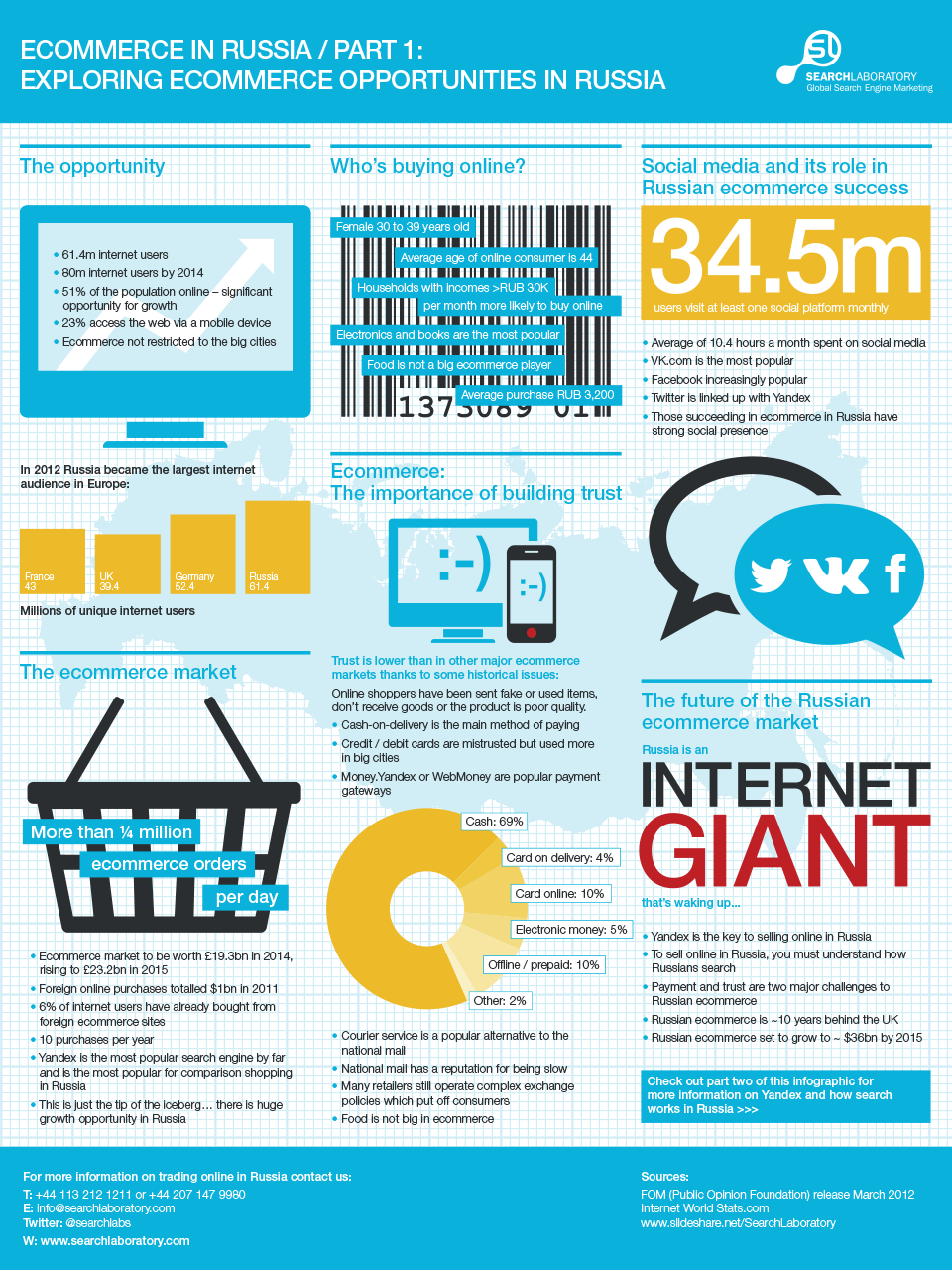