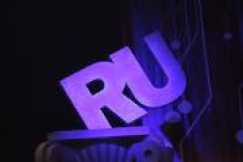 Telecom providers move their servers out of NSA and US reach to safer countries, including Russia.

Brazil is set to vote on the creation of a cyber-security system to thwart National Security Agency espionage of Brazilian government systems. US surveillance led by the NSA had infiltrated the highest levels of Brazil’s administration.

The largest telecom provider in Germany, the formerly-state-run Deutsche Telekom, is seeking to keep their service in-country, out of the reach of foreign spying.

But much smaller internet companies are also feeling the need, based on customer demand and common sense, to move their servers out of the reach of the NSA and the United States’ partners in global surveillance, Australia, Canada, New Zealand and the UK - the “Five Eyes.”

Some have interests in Russia, like the Malaysia-based finance advisory firm, Najadi & Partners, which registered its servers using the .ru domain.

‘In Russia data is protected by law’

Snowden’s leaks showed that neither .com, nor European Internet domains can be trusted if you want your data to be private and safe, the president of Najadi & Partners, Pascal Najadi, told RT.

Najadi said that the decision to have his company’s servers moved to Moscow was driven by “logic” and “common sense,” with no direct business interest. Once Snowden’s files revealed the scale of the American and allied agencies’ data snooping, the company “decided to act accordingly.”

In Russia, one’s data is protected by law, Najadi believes. Moreover, Russia is “a protector of peace,” he said, adding that Russian President Vladimir Putin “just saved the world from a serious, serious war,” referring to the diplomatic developments around the Syrian crisis.

Najadi then pointed out there is an “enormous” interest in his decision from global partners and media, adding he is “sure there will be a follow-up.”

“We’re setting a trend. We’re not into Internet business – we’re a consultancy firm, and we do not gain more business through having a .ru. Having said that, it shows our clients that we take confidentiality serious, and that is the message between the lines,” Najadi explained.

While Najadi, as a head of a multibillion dollar family business, may be pioneering such step, foreign companies, including major international brands, have been steadily showing interest in having their sites registered in .ru domain, RT’s Yaroshevsky learned at RU-CENTER.

Sergey Gorbunov, deputy director for International Relations at RU-CENTER, told RT that “foreign intelligence agencies of course have less opportunities to control the equipment that is placed in Russia.”

Up to 26 percent of domains registered in .ru are owned by foreign companies, with the same companies occupying 20 percent of the alternative .su domain.

Meanwhile, other companies consider Iceland to be a safe place. An example is the encrypted communications provider Unseen, which relocated its operation there.

Unseen moved its servers and bank accounts from the US to Iceland, based on the NSA’s vast reach and the Nordic country’s commitment to privacy rights.

“Our customers demanded it. They wanted us to move to a place where they felt their data was safe,” Unseen founder Chris Kitze told RT.

He said the move wasn’t based on a marketing gimmick but because “everybody wants privacy for their data.”

“We’re actually getting calls from friends of mine who run businesses that store data for large multinational companies. Consumers are demanding this. This is what’s driving us,” Kitze said.

Kitze described Iceland as dedicated to protecting the rights of its citizens, saying he believes his company’s servers can be safe there despite the NSA’s global capabilities.

“It’s just a very good moral climate,” he said of Iceland, though he said strong safety must always involve end-to-end encryption no matter where servers are.

He said the NSA’s brazenness and the broader rhetoric of security used by the US to justify mass surveillance should not deter companies like his in providing safe havens.

“Instead of targeting people who they know or suspect of being terrorists or causing bad things, they’re expecting everyone to be a terrorist, and that of course is not true,” he said of the NSA.