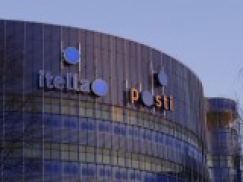 Itella, Finland’s national postal operator, has launched a major new business strategy that shifts its focus to e-commerce and expansion into Russia.

Losing money in the first nine months of this year, Finland’s national postal operator has launched a major new business strategy that shifts its focus to e-commerce and expansion into Russia.

With letter volumes forecast to halve by the end of the decade as the sending of bills and statements shifts to digital channels, Itella is turning its attention to parcels and the distribution of goods, particularly those related to Internet retail.

While it will continue to carry out its legal obligations to provide the universal postal service in Finland, Itella said letters, periodicals and advertising mail will no longer be its main focus.

And, as parcels and e-commerce become the core business, Itella will also look east, to treat Russia as a “second primary market” for its e-commerce services.

The new business strategy aims to give Itella a sustainable profitability in the face of the “most drastic” turning point in the postal industry’s history.

The state-owned company said last week that half of its letter volumes still contain bills, but with payment quickly turning digital, the reduction in mail volumes will be rapid.

Itella said without changes, there is a risk its profitability will also drop quickly.

Heikki Malinen, the Itella CEO, said: “Itella cannot watch from the sidelines as this mega trend develops. Our goal is to transform the Finnish postal system to correspond to the changed behaviour of our customers and to preserve Itella’s financially stable position.”

Russia represents particular potential for the company, but also for Finnish exporters, Itella said. From the New Year, Itella will be organising its Russian activities within a separate business group. The company said it plans to step up the resources for the Russian business, investing in warehousing capacity and distribution.

“E-commerce in Russia is growing at double-digit rates and its logistics markets offer significant growth potential for Itella,” said Malinen. “In this respect, geography is our trump card. We aim to double our net sales in Russia by 2020.”

As part of its new business strategy, Itella has renamed its business process outsourcing and cash flow automation business, Itella Information, which is now known as OpusCapita. The unit will continue to operate as a subgroup within Itella.

Heikki Länsisyrjä, the Itella Information CEO, said the new name would help the business to grow.

“A new name and look will increase awareness of our brand and offering – both in Finland and in the new markets,” he said. “Through increased operational independence, we will be able to benefit from growth opportunities even more than before, and further strengthen our market position as an expert in financial processes.”

The new Itella business strategy was unveiled as the company issued its latest financial results, for the third quarter of the year. So far in the first nine months of 2013, Itella has made a EUR 12m pre-tax loss, compared to a EUR 23.8m pre-tax profit the same period last year.

In the first nine months of 2013, Itella has seen its net sales grow by 3.1% to EUR 1.45bn, with much of the growth coming from the company’s acquisition of VT Transport’s groupage business. The core mail business has seen its sales decline by 1.3% year-on-year to EUR 833m.

The company has seen its traditional letter volumes reducing by 5% year-on-year in 2013 so far, with newspaper volumes down 6% and magazines by 7%.

Itella and its 27,669 employees started a EUR 100m performance improvement programme in April, which aims to cut operating costs and eliminate unprofitable operations.

Alongside a more efficient group, the company has taken up a new mission statement – “to manage the flow of commerce and everyday life”.