Five Stocks For A New Russia 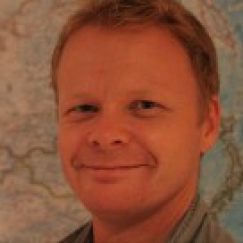 Renaissance Capital of London argues that Russia is uniquely placed to both produce and consume the IT and high-tech sector.

Prepare to become familiar with this term: New Russia. You are going to hear a lot more about it.

Generally, Russia has been on the avoid list for many emerging market investors in recent years. In addition to all the other problems facing emerging market assets today – such as a risk-off attitude in the world investment community that is favouring US and European holdings rather than those in the high-growth emerging world – Russia has an impressive assortment of ailments all of its own. Top of the pile is corruption: it ranks 113rd out of 174 in Transparency International’s Corruption Perceptions Index. Then there are corporate governance worries, a history of state involvement and intrusion, and a decline in the commodities sector of which so many of Russia’s major credits are a part.

But perhaps that’s not the whole story. Today Charles Robertson, global chief economist at Renaissance Capital in London and one of the most interesting voices in emerging market investment, sent a note to clients saying: “The theme that’s exciting our Russia research team is ‘New Russia’.”

“The investor feedback we’ve got from the past two months is pro-Russia,” Robertson says. “For all of Russia’s problems (and it has a fair few), it does still have the most literate, large, IT savvy population in emerging markets.” Renaissance argues that Russia is uniquely placed to both produce and consume the IT and high-tech sector. “Investors want more exposure to New Russia,” it writes in a new research report today. “Underpenetrated sectors combining fast growth with world-class levels of technology, management and corporate governance; sectors the government sees as enabling Russia’s growth and modernisation and thus without the regulatory, taxation and legacy burden of many of Russia’s index heavyweights.”

“We’re not arguing that Russia is embarking on a new reform effort – in fact, we argued the opposite over the summer,” Robertson says. “But asset prices can still rise without reform, for a few years at least. And New Russia is its own idiosyncratic reform story.”

This is something of a contrarian view. When JP Morgan upgraded emerging market stocks last month, for example, it simultaneously downgraded Russian stocks to underweight on the back of falling oil prices. But that was a view on a national stock market: the idea of New Russia is that it sets to one side Gazprom, Rosneft and the other commodity-fuelled giants of the Russian bourse (although Gazprom itself has been doing just fine lately, climbing more than 50% since July), in favour of more streamlined and well-run businesses in technology and communications. Besides, even those who are not yet convinced by Russia must agree that the market looks cheap. According to Bloomberg data Russia has the lowest-priced equities of 21 emerging markets it tracks.

So, the case for Russian tech. The literacy rate, says the World Bank, is among the best in emerging markets, and over half of the labour force has tertiary level education. Cellphone penetration, in terms of subscriptions per 100 people, is higher in Russia than in any other emerging market, Renaissance says, and fixed broadband and internet  penetration lags only Poland. Russia also has the second highest proportion of its population employed as R&D technicians behind Brazil, again according to World Bank data. Russia’s GDP per capita is $15,000, a point at which broadband, mobile and smartphone use is affordable yet at which penetration is still at a reasonably low rate (25% for smartphones, for example). Better still, communication and tech sectors don’t tend to face the same regulatory burdens as the commodity industries. “We see New Russia as being light-touch in terms of regulation,” writes Renaissance strategist David Salter, “with the government seeing the sector as enabling Russia’s mid-term evolution in terms of growth and modernisation.”

And what stocks should you hold to position yourself for this emerging trend? Renaissance actively covers seven names in the sector and has a buy recommendation on five.

Bank St Petersburg is described as “a more nimble play among the mainstream banks”, with a focus on SMEs and retail, including use of online banking and a concentration on return on shareholder capital.

Mail Group is an internet company combining the largest internet advertising platform in Russia with the country’s leading social networks and in online gambling.

Magnit is a listed food retailer.

And MTS is a mobile broadband and data company, which has also launched MTS Bank, a mobile banking platform.

Names like these should not be seen in a Russia vacuum: worldwide, the internet industry is growing rapidly, whether in the developed world (the NASDAQ internet index is up 54% year to date) or in equivalent stocks in other emerging markets (notably Tencent in China). “Investors globally are recognising the disruptive nature of the internet, big data, new media, online retailing and classifieds, games, apps and online payments,” says Salter, “and are increasingly looking for ideas outside of their core markets.”