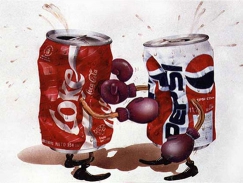 Pepsi vs Coca: Who is winning the Russian beverage market?

Russia is the second largest market for PepsiCo (NYSE:PEP) after the U.S., contributing ~$5 billion to the total revenues in 2012. [1] PepsiCo is also the leading food and beverage company in Russia, but akin to most markets around the world, trails The Coca-Cola Company (NYSE:KO) in the carbonated soft drinks (CSD) category. Although the Russian soft drinks market suffered from an economic downturn, the recovery in 2010 was rapid and encouraging. The outlook for this market looks positive due to rising disposable incomes and low current penetration levels. The Russian beverage market, which grew at a CAGR of 1.7%, is expected to grow at a CAGR of 3.5% over the next five years. [2]

The CSD market in Russia constitutes more than one-third of the $13.8 billion beverage industry. PepsiCo entered this market in 1974, and has a market share of 18% at present. On the other hand, Coca-Cola has double the market share of PepsiCo, despite entering two decades later. [3] Given the cold weather in Russia and growing health concerns over consumption of fizzy drinks, the CSD market might not undergo a substantial growth.

What further adds to Pepsi’s woes is the risk of losing more market share to Coca-Cola. The latter is one of the biggest corporate sponsors of the 2014 Winter Olympic Games to be held in Sochi, Russia. For this purpose, Coca-Cola has planned to invest $3 billion in the next few years in the country, and is building a plant adjacent to Sochi in Rostov. PepsiCo has a strong presence in the Krasnodar region of Southern Russia, where Sochi is located. Thus, with this move, Coca-Cola might further eat into Pepsi’s market share.

Although we expect only a modest growth in the Russian CSD market, some factors might reverse this trend. Due to improving economic conditions and low per capita consumption of beverages in Russia, the CSD market could potentially grow. The per capita consumption of beverages in Russia is around 86 liters, compared to over 300 liters for the U.S. [4] Retail formats such as supermarkets, hypermarkets and convenience stores in the country are also expected to grow rapidly in the next few years, which could bolster the sales of beverages. The retail chain Magnet has planned to increase its hypermarkets fivefold by 2019 and also increase its convenience stores from 6,000 to 7,000, by the end of this year. [5] Thus, if the overall CSD sales increase, it should boost PepsiCo’s top line.

Even if we stick to the present market estimates and eliminate the possible increase in market size, there are a few bright spots for PepsiCo in the Russian CSD market. The company has a lead over Coca-Cola in the resurgent Kvass market. Kvass is a traditional fermented Russian drink, which is the fastest growing segment of the CSD market. This drink has grown at a CAGR of over 50% since 2004, and is expected to gain more popularity as a healthier alternative to fizzy drinks. [6]

Since the launch of its Kvass brand Russian Gift in 2010, PepsiCo has catapulted to the third spot behind local companies Deka and Ochakovo. Pepsi has a co-packing agreement with Deka, which had been prolonged till 2013. Thus, along with the local expertise of Deka, the wide distribution channels and deep pockets of PepsiCo, it should boost the company’s sales in this category. The beverage giant also distributes the Scottish drink Irn Bru in Russia, which is the third-best selling fizzy drink behind Coca-Cola and Pepsi, and continues to grow. Irn Bru is sold in 45 countries, but Russia is its biggest export market.