Sitemap|Search
Search
Publications
Trends, Facts, Opinions
Russian Ecommerce Is Reaching a Tipping Point. It's Time That Europe and The US Took Note

Russian Ecommerce Is Reaching a Tipping Point. It's Time That Europe and The US Took Note 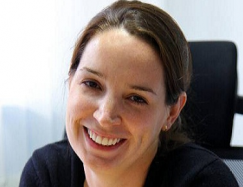 It’s been a long time coming. So far Russia has been a Cinderella market for both ecommerce and the Internet economy more generally, lagging far behind the US and playing catch-up with Europe. But plenty of evidence suggests that this is changing – and changing quickly.

According to research by Morgan Stanley, the Russian ecommerce sector stood at around $12bn in 2012 – just 1.9% of total retail sales; by comparison, the global average is currently about 6.5%. But with ecommerce projected to grow by 35%, to 4.5% of Russian retail sales by 2015, and to 7% by 2020 – making the market worth $72bn – a tipping point is fast approaching.

As CEO of Ozon, Russia’s ecommerce market leader, I have witnessed this slow-motion revolution of the country’s retail landscape first-hand. It hasn’t been easy; a number of ‘legacy’ issues have hobbled the sector. The foremost of these was Internet adoption. The connected population had to reach a critical mass to sustain a real and addressable ecommerce market.

In 2003, fewer than 10% of the Russian population were online; today, almost 50% are. That’s about 68 million people. Last year, Russia overtook Germany, France and the UK to become the leading online marketplace in Europe (by number of users). The significance of this cannot be over-stated and it’s proving a game-changer.

The second thing was the lack of competition in the sector. Only now are we are starting to see genuine players emerge in this market – and by that I mean companies with the level of investment required to build experienced teams and, thus, viable, growing businesses. In terms of investment, only recently has Russian ecommerce begun to attract the mega roubles.

The market first opened up to international investors after the IPOs of Yandex, the Moscow-based search company, and the free email service Mail.ru, both of which helped dramatically boost the profile of the Russian Internet market. I think Ozon was extremely lucky to attract international investors before that; we were very much the exception that proved the rule. But since those companies have gone public, a range of Russian ecommerce businesses have attracted Western venture capital and private equity.

Then there’s the matter of Russia’s infamously creaking business infrastructure. Bit by bit, from banking to logistics, things are improving. While it’s worth celebrating the fact that nearly 50% of the population is online, until recently broadband rollout wasn’t of sufficient quality to underpin the sector. Other factors, too, are reshaping the ecommerce business, here. Russia’s burgeoning middle class is one. Today we see the first generation of youngish (the average age is 44) city-based time-poor Russians with disposable incomes for whom browsing and shopping online makes sense. Talent is another; ecommerce has gradually become recognised as a respectable profession for Russians and is starting to attract high quality graduates.

The nation has a pool of smart, well-educated IT people, which is creating a workforce of talented coders, user experience (UX) and Web designers at a scale and speed that many European countries would envy. As the number of Internet companies in Russia’s leading cities grows, so there are increasing numbers of jobs, creating a virtuous circle in which young software programmers might choose to stay in the country now, rather than go to the US or Europe instead. Indeed, we are at the stage today, where a young Russian computer engineer might turn down an offer, say, from eBay in San Francisco for a job with Yandex in Moscow.

But for all the exhilarating momentum, there remain significant bumps in the road ahead. That’s almost literally true in the case of distribution. Ozon has been described as the “Amazon of Russia”, which mean our distribution networks necessarily stretch right across all nine time zones of this vast, sprawling country. Yet while the population density is relatively high on the Western side, the further away you go from Moscow, the quicker it thins out, meaning that we end up delivering goods to far-flung cities with small populations. This doesn’t make commercial sense: when the order value of goods is $50-$100, a delivery price of $30-$50 just won’t wash.

There is, of course, a national postal service in Russia and given the scale of its territory and the complexity of the infrastructure it serves, it’s actually doing a creditable job. However, it has yet to adapt to the burgeoning demands of ecommerce. While they are a key partner for us (they ship around 10% of our orders), we cannot rely upon them exclusively as our business expands. That’s why we chose to develop and run our own distribution system – which also delivers for third parties. But as interest in ecommerce surges, we need other distributors to enter the fray to create competition. This will happen, I’m sure – but it will take time.

The challenge of a cash economy

Another major obstacle is payments. There remains widespread distrust of online payments in Russia and although there are predictions that credit card usage is set to take off, card penetration is relatively low. Moreover many of the cards used by Russians cannot be used online. Even those that can oblige users to go through off-putting and complex security processes implemented by banks.

Instead, Russia remains overwhelmingly a cash economy – a glaring anomaly in the Internet age, which is why 80% of Ozon’s sales are cash on delivery. Overcoming this cash-centric mindset, while simultaneously developing the online payments ecosystem presents unique challenges to ecommerce companies. We have to find the right means with which to nudge or incentivize customers to swap cash for cards (or online payments) by, for example, offering sizeable discounts.

Yet despite these long-running – and ultimately eminently solvable – problems, Russia’s tipping-point moment has seismic implications for European and US ecommerce players alike. With this vast country on the rise, its markets are now open for business to global competition as never before. Indeed, 2013 is just a few weeks old and already we have seen the British online fashion retailer ASOS launching local operations here. They are likely to be the first of many. Russia’s online economy is on the map.

The sleeping giant is awake at last.